OvS developed The White House Rose Garden Landscape Report, a document that guided the Garden’s renewal and served as a framework on which to curate an outdoor experience transcendent of each administration. The Landscape Report calls for the return to the Garden’s original 1962 footprint as designed by Rachel Lambert “Bunny” Mellon during the Kennedy Administration.

The renovated garden offers universal accessibility, a result of the new, perimeter limestone paving which frames the lawn. Critical upgrades to irrigation and drainage along with state-of-the-art electrical infrastructure for lighting and media technology are integrated into the design.

Horticulturally, the Garden’s expanded palette includes an additional 200 rose bushes, chosen from species’ that will thrive in the space, and a diverse palette of perennials. A new variety of boxwood, replacing those that had become susceptible to disease, delineates the parterres.

The elements of the renovation were informed by cultural and historic precedents and reflect current thinking on sustainability, accessibility, and horticultural viability. Today, the Rose Garden is befitting of all First Families and the people of the United States of America. 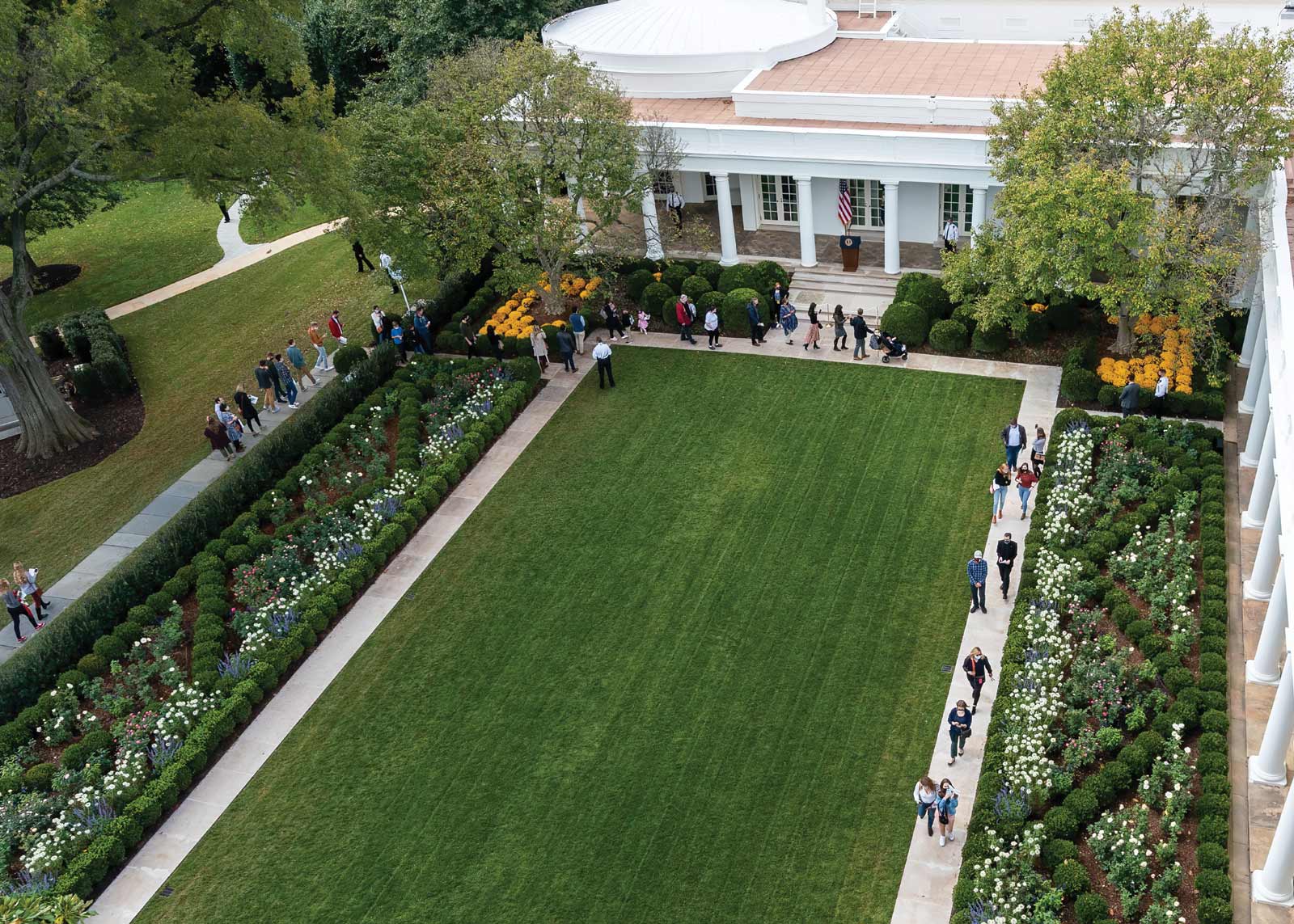 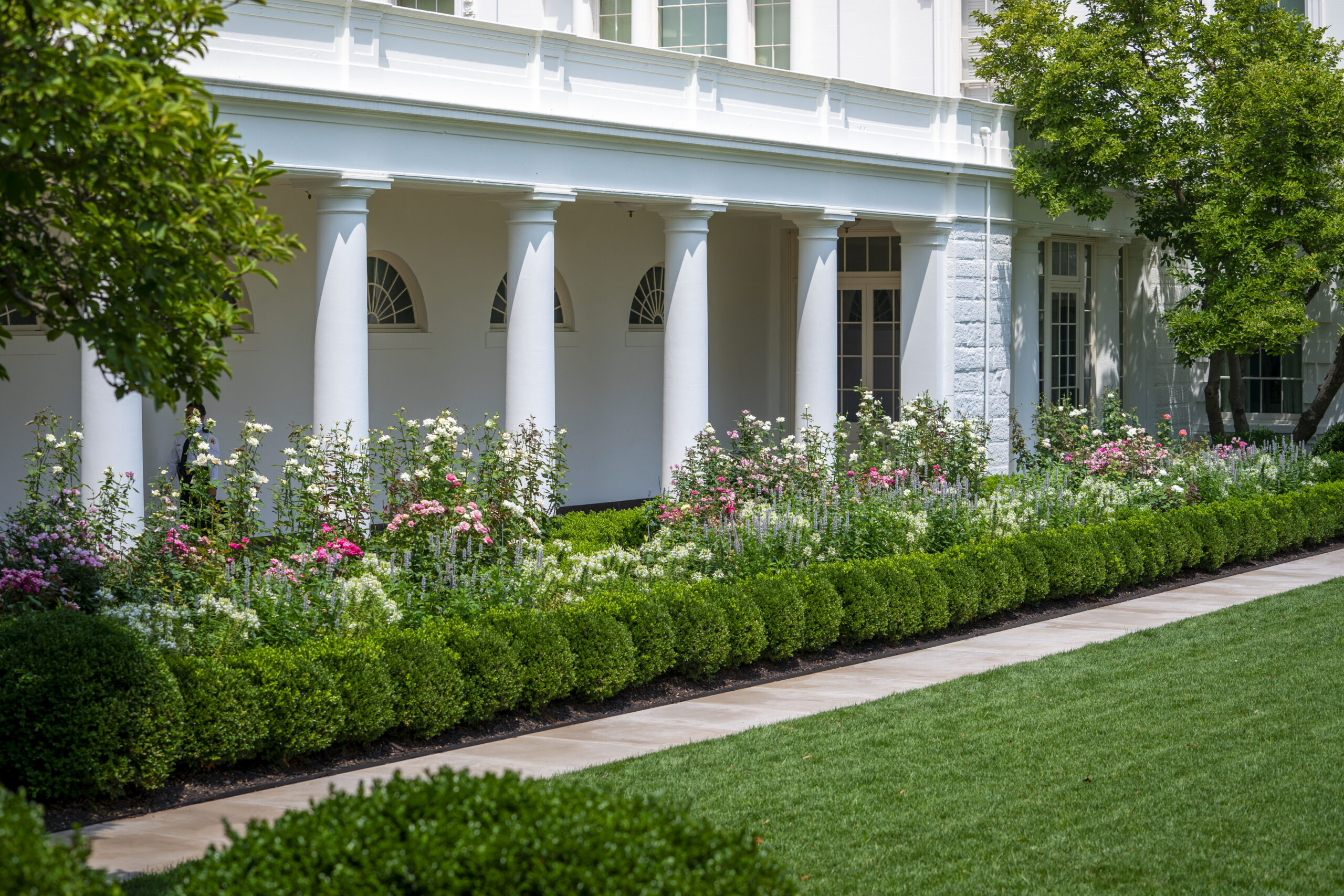 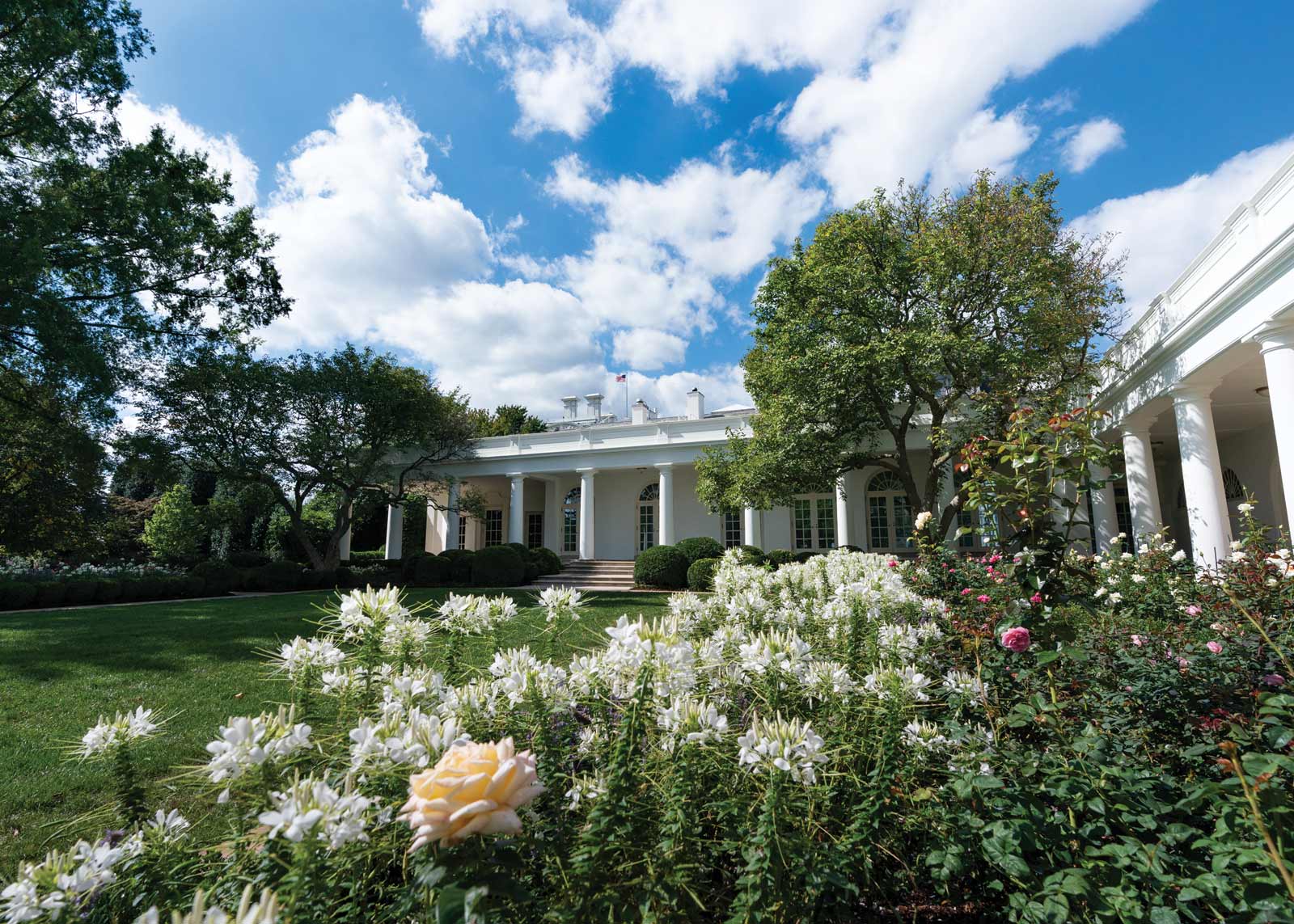 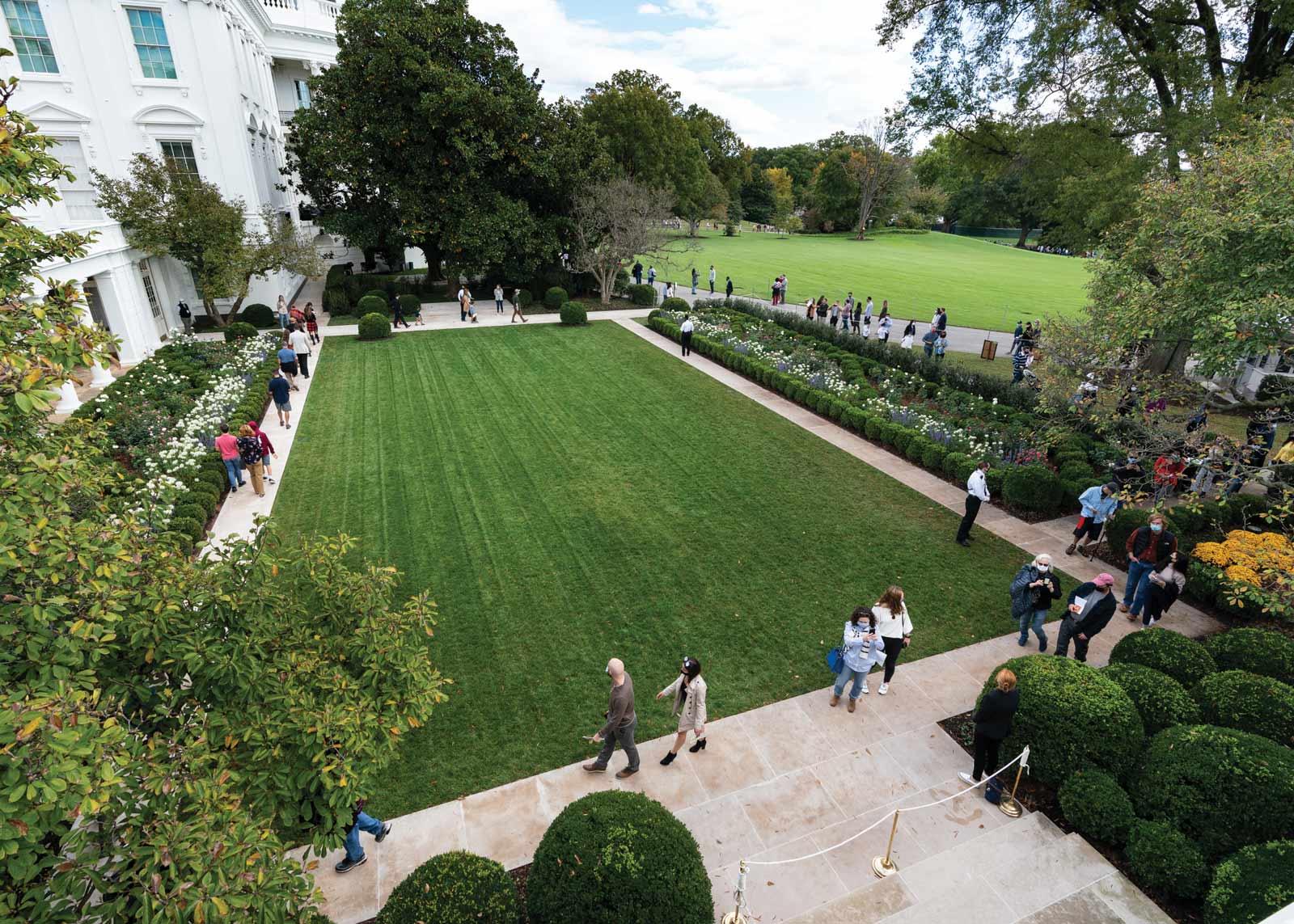 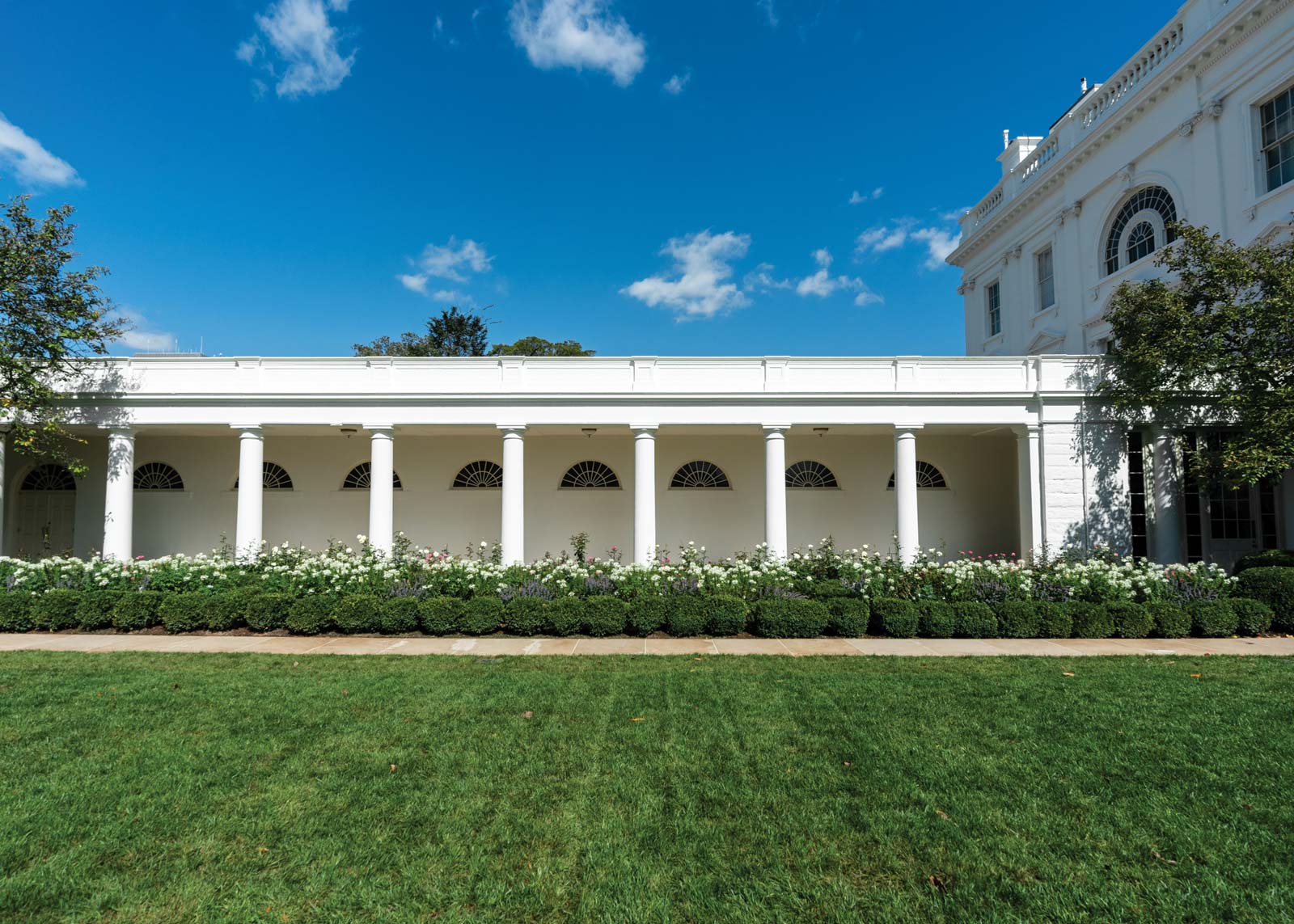