OvS is honored to have collaborated closely with the Office of the Chief Usher of the White House, the Committee for the Preservation of the White House (CPWH), and the National Park Service on the The White House Rose Garden Landscape Report, a document that outlines the Garden’s renewal and serves as a framework on which to curate an outdoor experience transcendent of each administration and befitting of the people of the United States of America. The Landscape Report calls for the return to the Garden’s original 1962 footprint as designed by Rachel Lambert “Bunny” Mellon during the Kennedy Administration.

The Report’s recommendations are informed by cultural and historic precedents and reflect current thinking on sustainability, accessibility, and horticultural viability.

A series of alternative Landscape Master Plans accompany the document. These alternatives show an updated Garden that allows for universal accessibility, modernized systems of irrigation and drainage, improved media technology and other electrical infrastructure, as well as a renewed palette of roses and other blight-resistant species that are better suited for the garden’s climate and solar orientation. 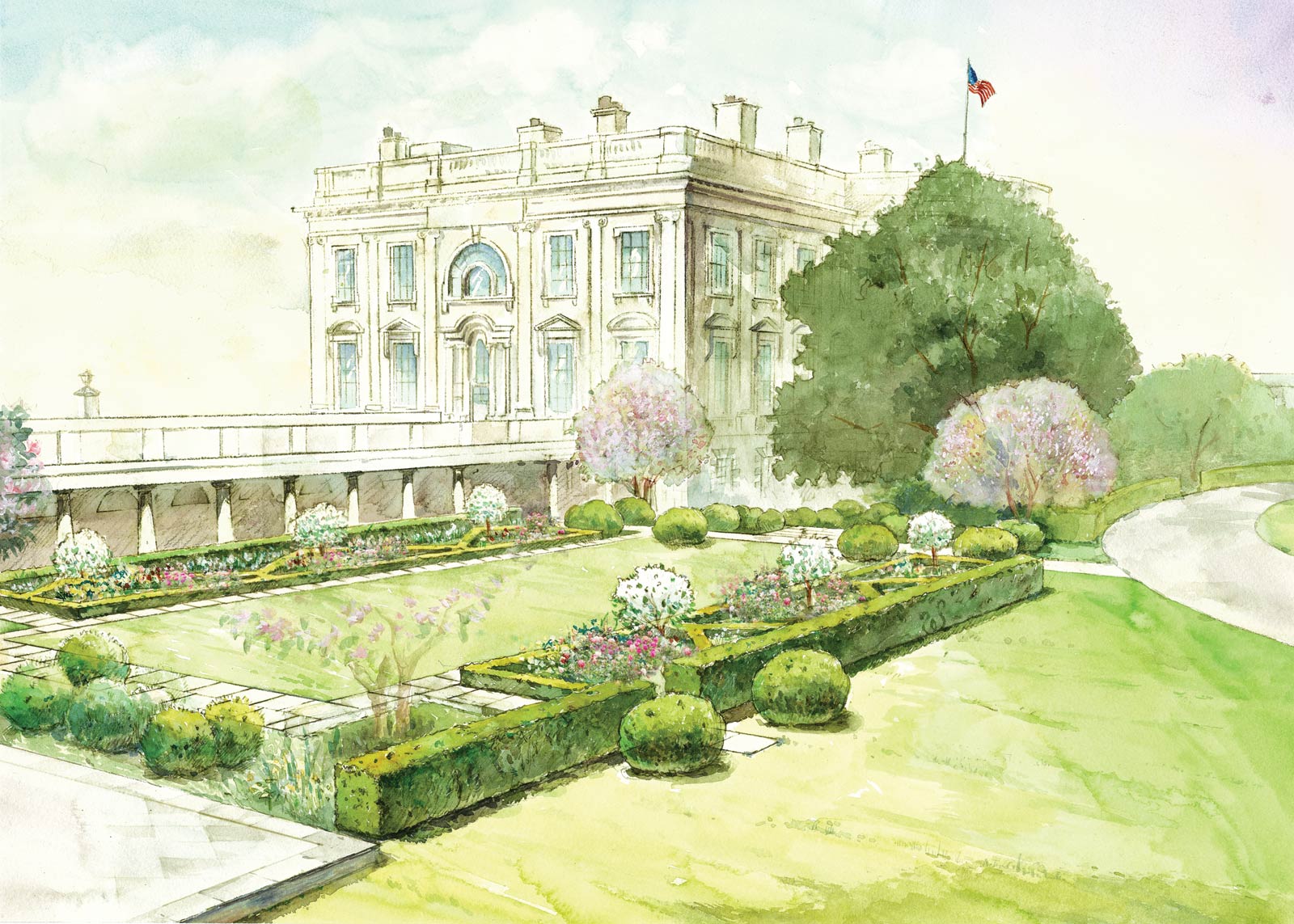 Alternative One | Graphics By OvS 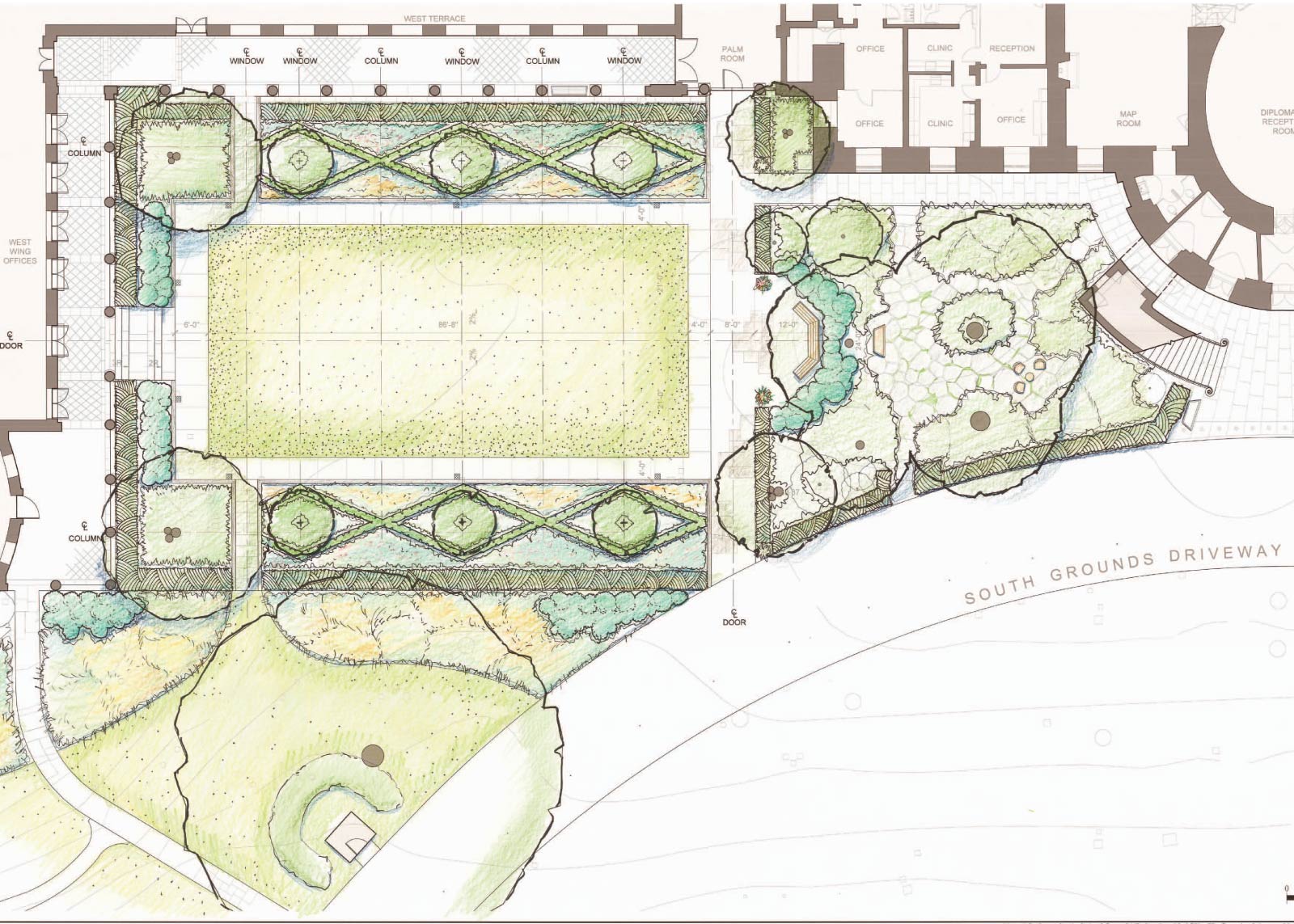 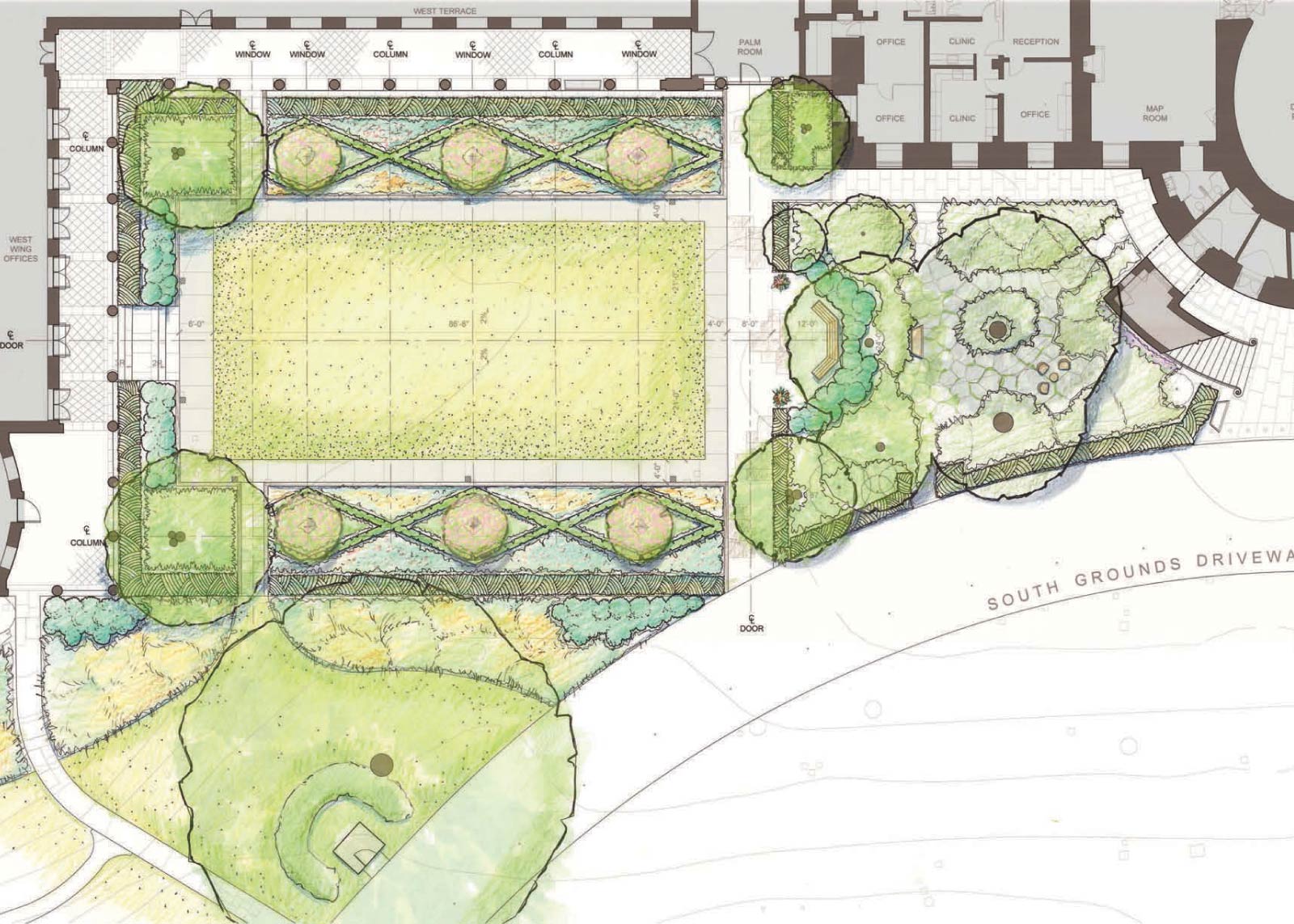