During the last week of August through Labor Day, Eric D. Groft, Principal at Oehme, van Sweden, traveled to Bath and London, England. 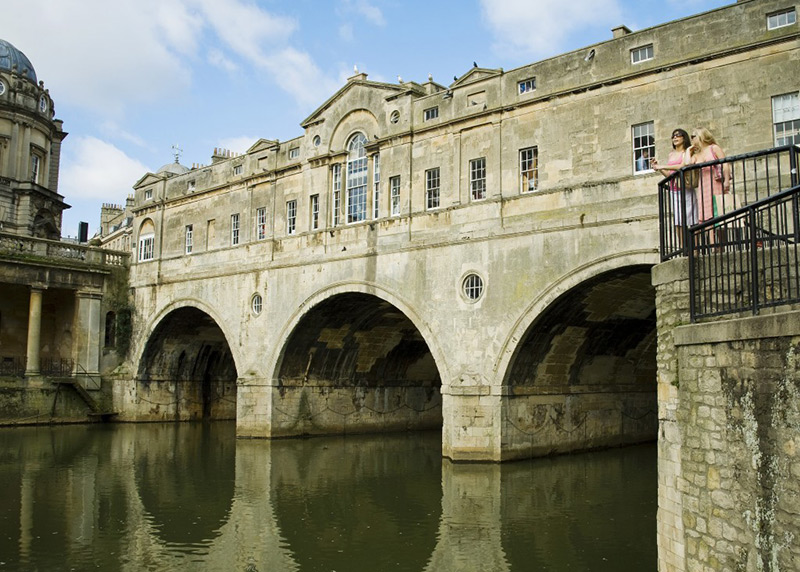 The first four nights were spent in Bath, where he visited the American Museum in Britain. Eric was impressed with the quality of the Museum exhibits located in Claverton Manor and recommended it for Britains and Americans alike. It was amazing how succinctly and concisely the American experience can be experienced in such a short period of time. Both the culture and history of the United States is covered in the Museum. Eric is hopeful that OvS can provide the same for the Museum Grounds, illustrating the American experience in landscapes and gardens.

From Bath, a day trip to Hidcote Garden with American Museum in Britain director Richard Wendorf was a short drive from the Museum to the gardens famous for various garden rooms with lavish ornamental plantings featuring various color schemes, textures, and visual effects. Eric also visited Pryor Park and the famous sites of Bath including the Roman Baths, the famous Pulteney Bridge designed by Scottish Architect Robert Adam, Bath Abbey (one of the magnificent Cathedrals of Britain), and of course the famous Royal Crescent, Circus and squares of Bath all designed by John Foote the Elder and his sons.

Once in England, Eric attended a cycling event at the Paralympics, visited the British Museum and National Portait Gallery. He took day trips out to visit Painshill Park, with a walled garden celebrating the importance of Americna native plants in British gardening, and made possible by the close relationshiop of John Bartram from Philadelphia and Peter Culbertson in England during the 18th Century. Another day trip took Eric to Stowe, the quintessential English Landscape Park built by Lord Cobham and designed by William Kent and Lancelot “Capability” Brown. While there, Eric remembered vividly the lectures of Rueben Rainey while getting his masters of landscape architecture at UVA, as well as the account of the tour by Thomas Jefferson and John Adams of the famous masterpiece of Lord Cobham described in Andrea Wulf’s recent book “Founding Gardeners”.