The town of Sherwood, on Maryland’s Eastern Shore provided a country retreat and placed 3-acres at his disposal. The house and garden are the truest expression of the late van Sweden’s personal aesthetic.

Expansive views to the Chesapeake Bay, kept ecologically sensitivity foremost in the designer’s mind. He did not wish to transform the former soybean field into a garden per se, but rather to highlight and enhance the features that drew him to the place—the level ground plane, the water, the sky, and the magnificent light that unites them all. After environmental remediation, the field became a meadow through a process of managed succession.

A few years later, van Sweden designated a loosely defined “designed garden” that extends in arcs from 50 to 100 feet out from the house on the bay side. There, he seeded several varieties of native grasses, including Schizachyrium scoparium, and native bloomers like asters and coreopsis. A 10-foot wide mown path separates the naturalized meadow from the designed meadow.

At the front of the house, 80-foot, man-made pond, fed with stormwater from the roof provided a more intimate relationship with water. Here, van Sweden safely indulged in the aquatic plants he loved and would not find on the bay. 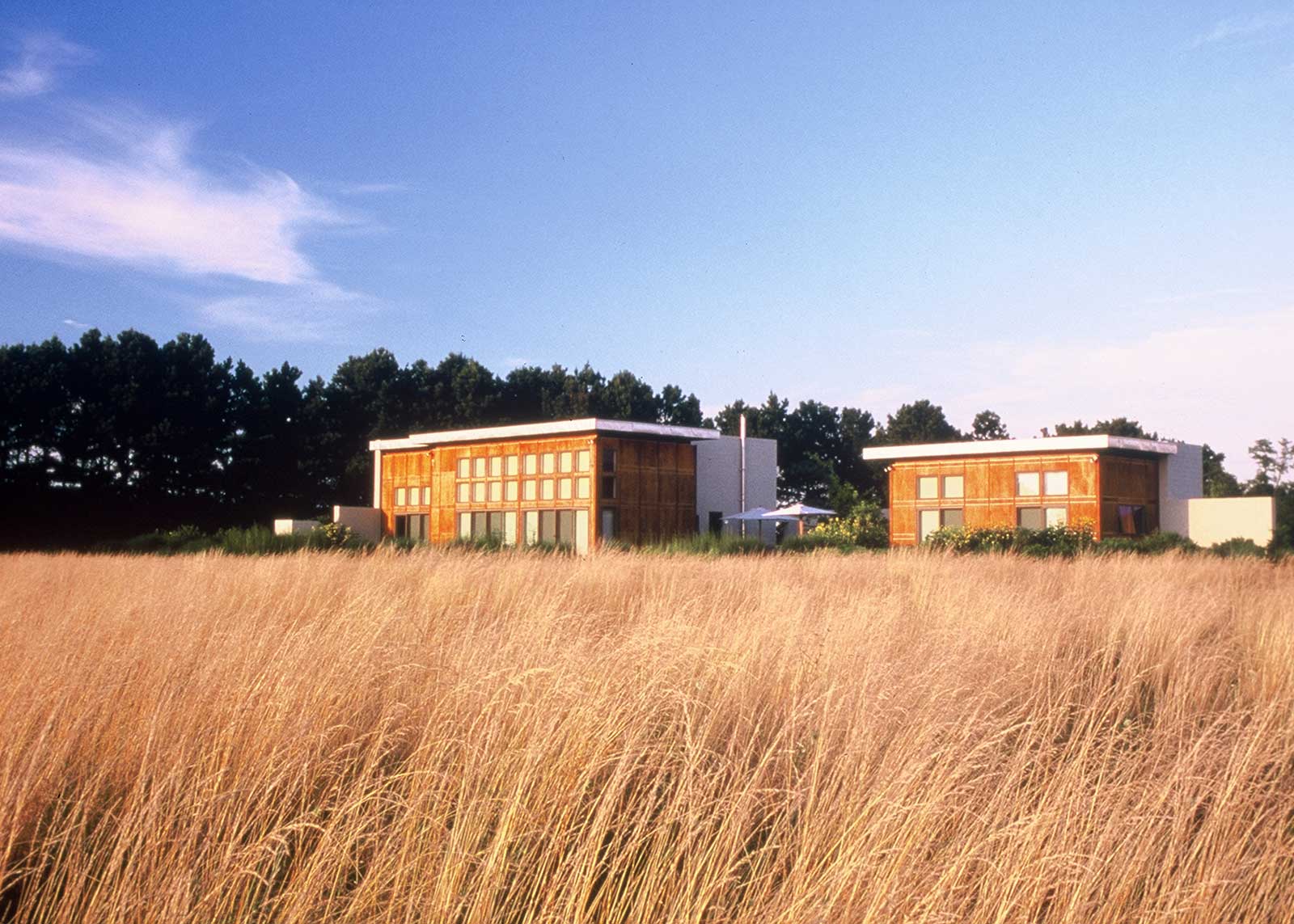 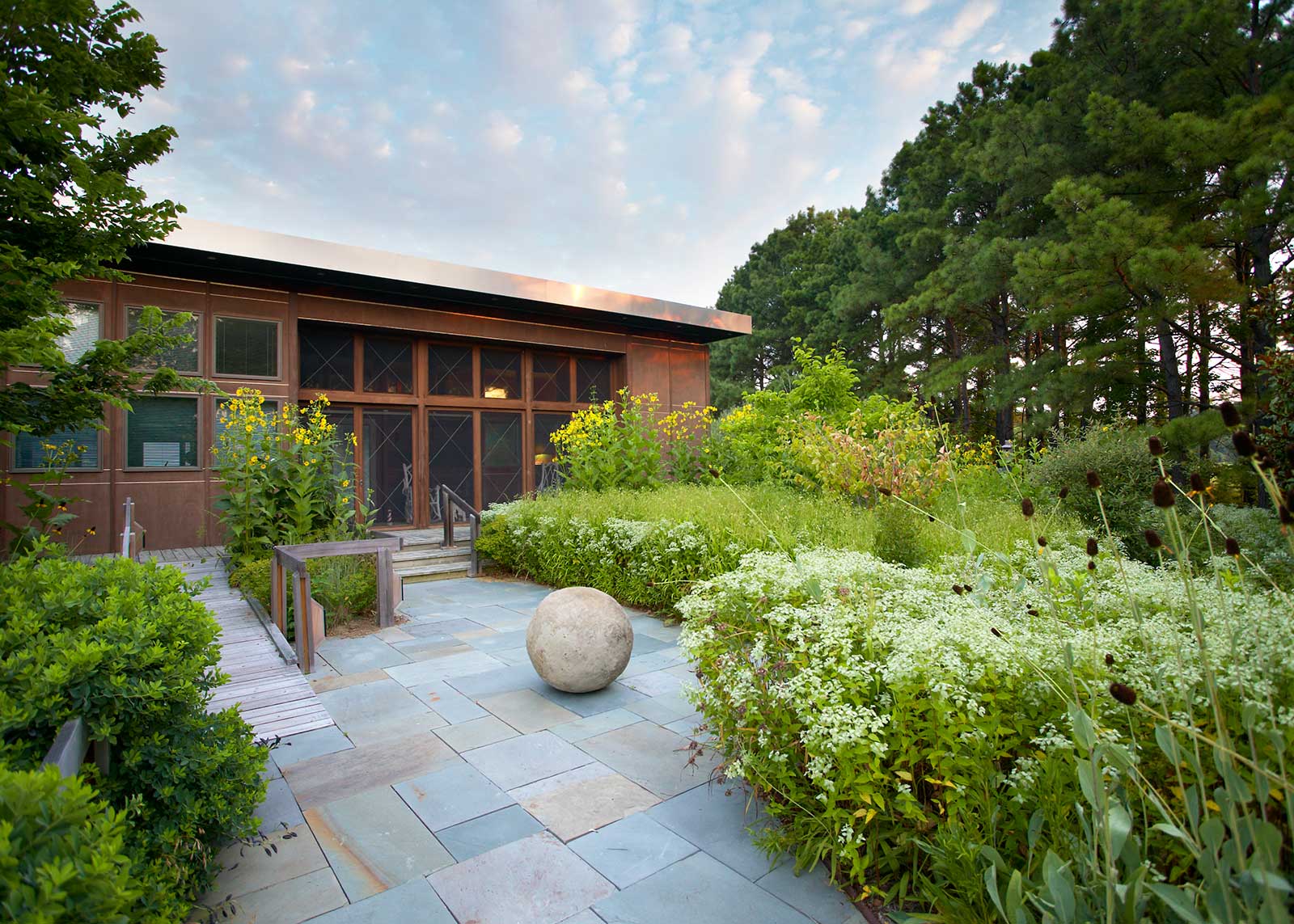 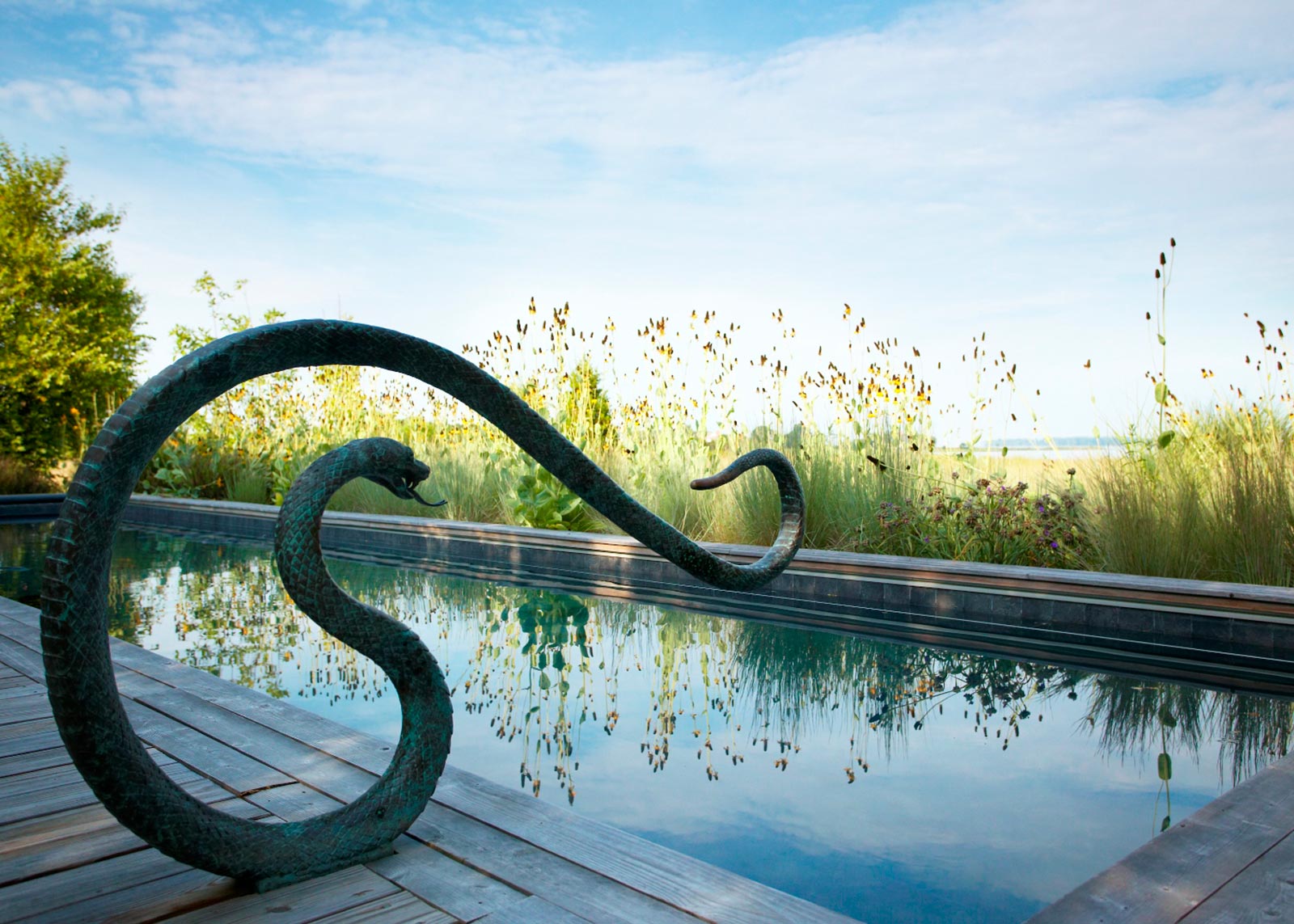 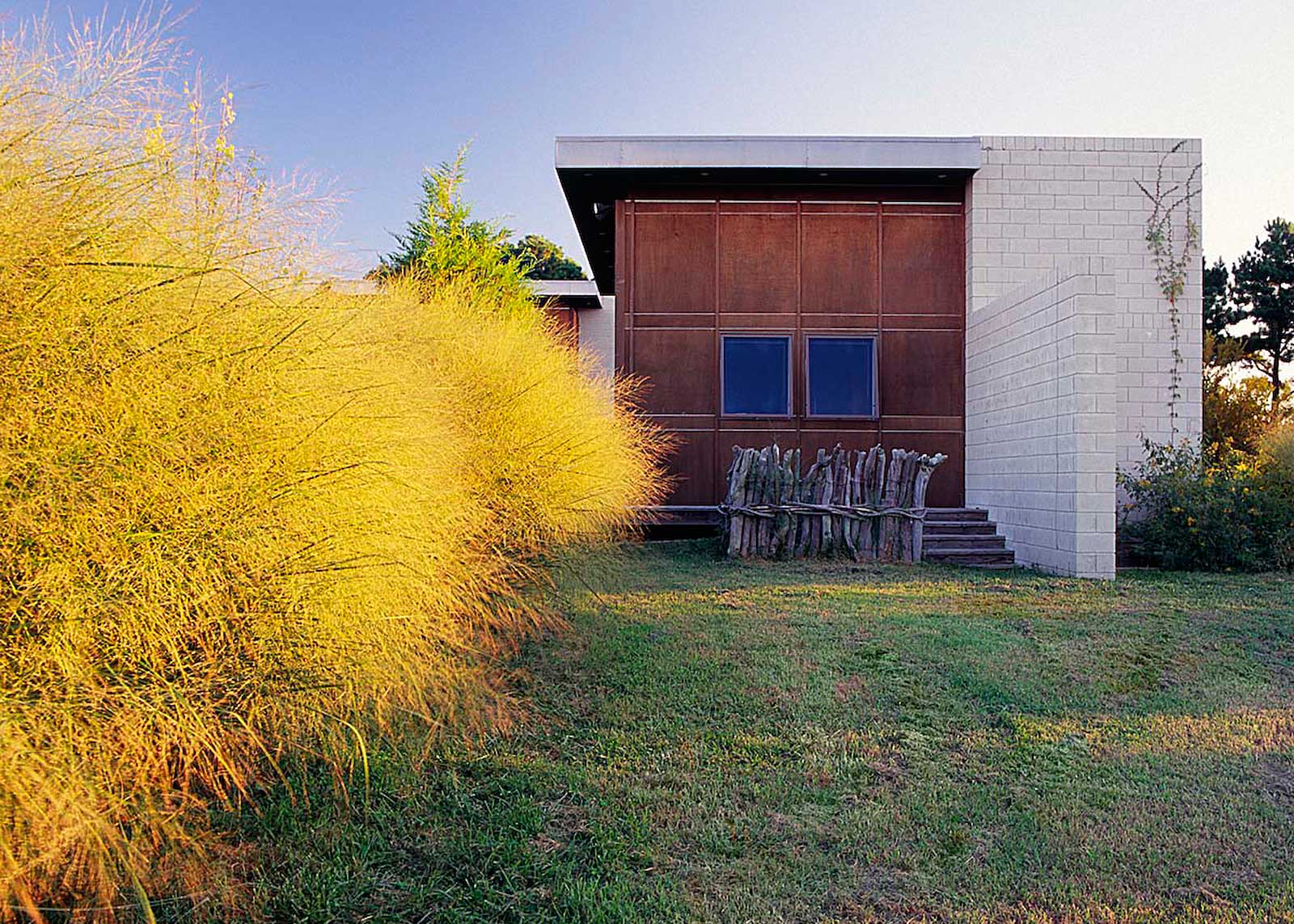 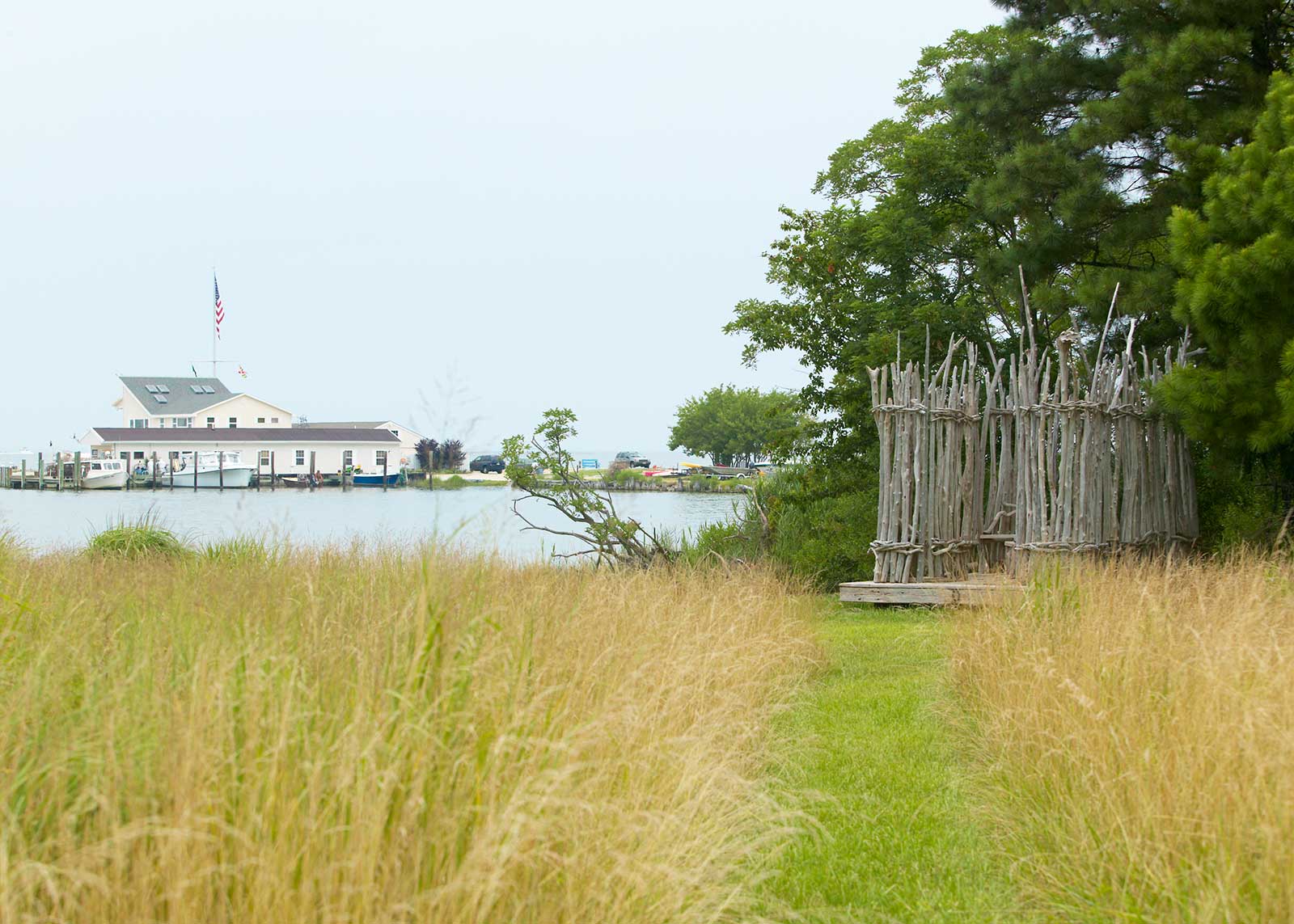 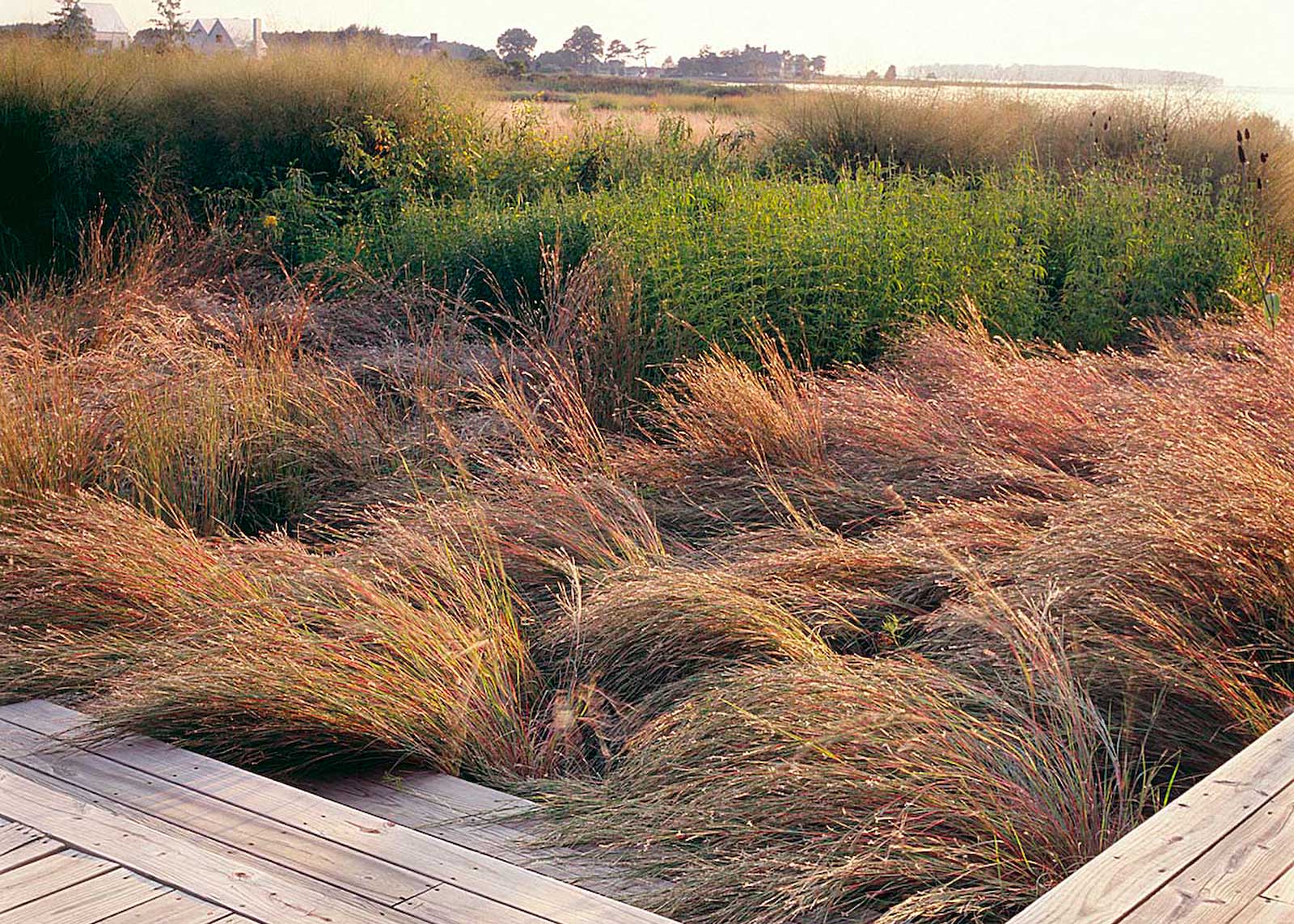 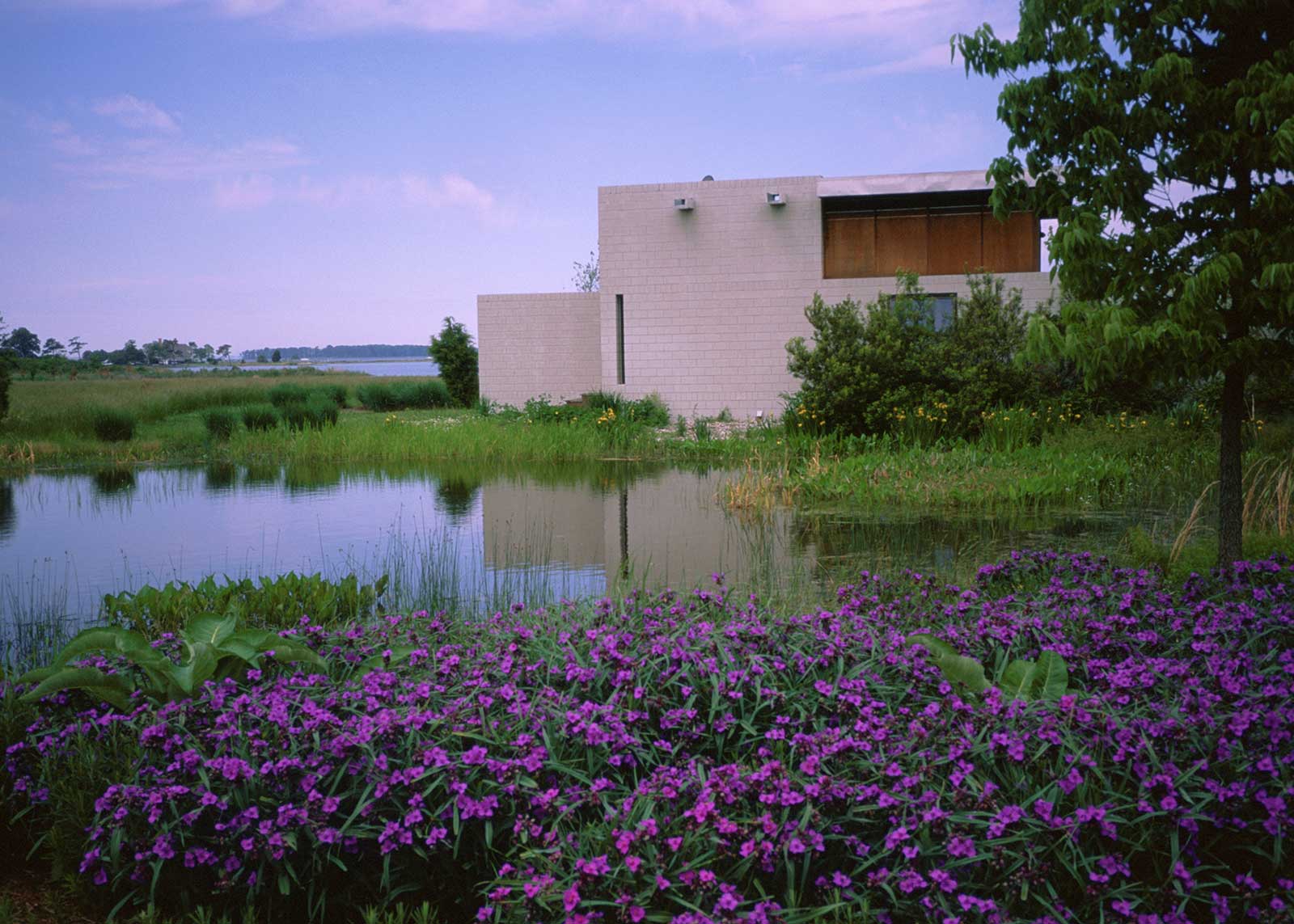