OvS conducted landscape master plan studies for the three public parks in Allentown, Pennsylvania’s extensive network of parks: Trexler Park, a landmark city park originally developed over a century ago as the summer home of one of the city’s most prominent early benefactors; Cedar Creek Park, a lively linear park nestled between Allentown’s two colleges and historic neighborhoods; and Bogerts Bridge, the only covered bridge in the county and one of the oldest standing in the country. Now integrated into a greenway that parallels Little Lehigh Creek throughout the city.

OvS prepared abbreviated cultural landscape reports assessing the cultural significance, as well as the conditions of some of the bridge structures within the parks and their impact on the waterway. OvS drew on the historic, cultural, and environmental importance of the spaces to recommend improvements that are respectful of the historic context, anticipatory of future hydrologic trends, and responsive to the current life and needs of city residents. 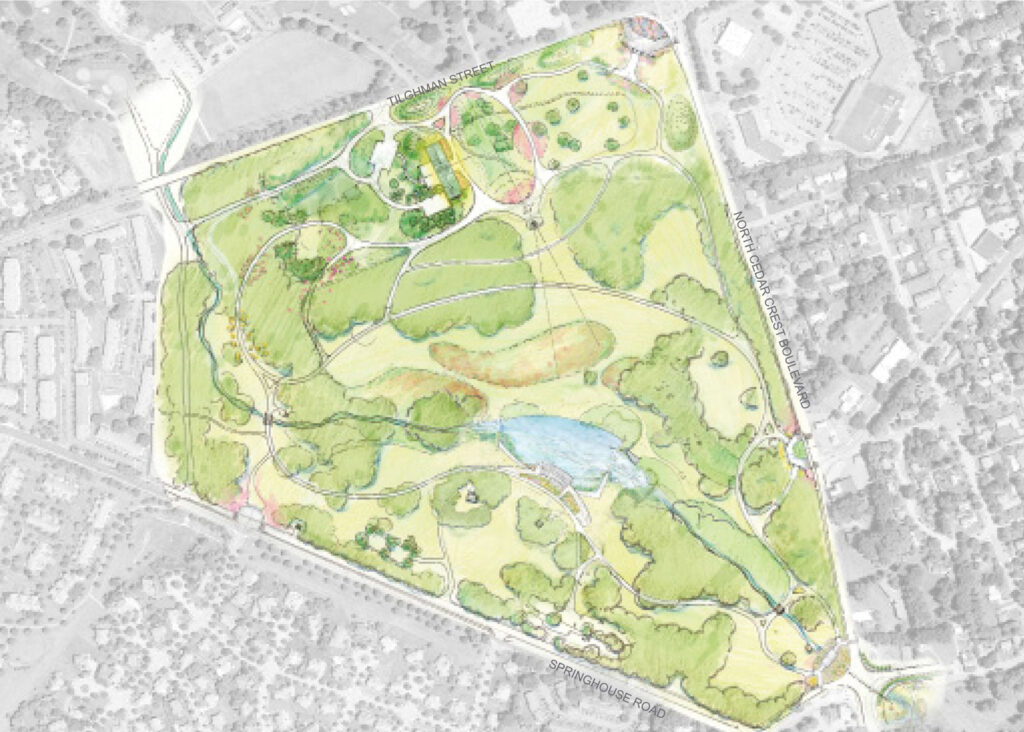 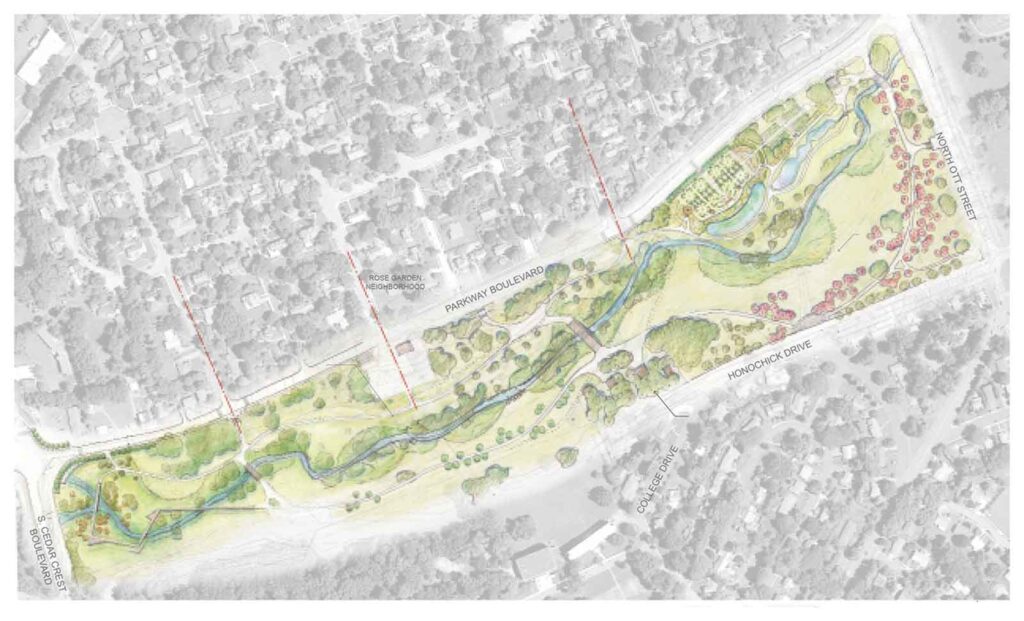 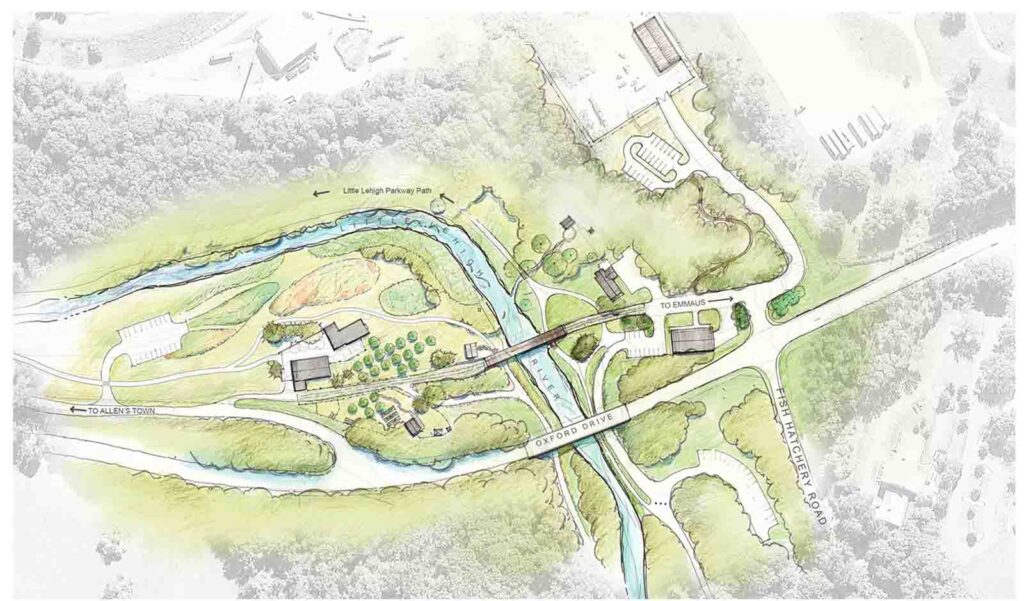