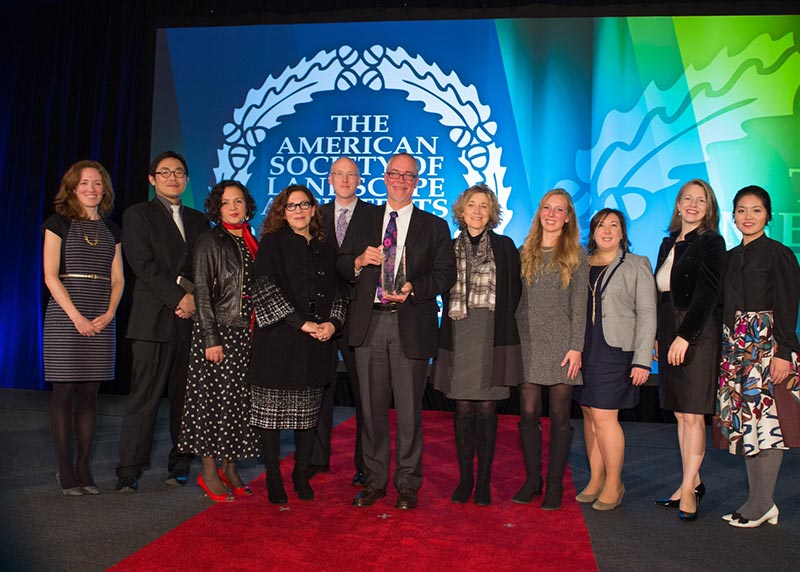 The Landscape Architecture Firm Award serves to celebrate landscape architecture firms whose work has influenced the professional practice of landscape architecture, and was presented to OvS on November 24, 2014 in Denver, Colorado. Competing firms were judged on three principles, the firm’s influence on the profession; the firm’s collaborative environment; and a consistent, recognizable quality of work. In the case of OvS, ASLA wished to recognize the New American Garden style of landscape architecture, created nearly 40 years ago by OvS Founding Principals Wolfgang Oehme, FASLA, and James van Sweden, FASLA.Since its founding, OvS continues to garner recognition for its appreciation of nature, as well as its integration of these natural, organic processes and shapes into its forward-thinking, contemporary designs.