Five years ago, the OvS-designed green roof at Chicago Botanic Garden’s Daniel F. and Ada L. Rice Plant Conservation Science Center, began plant evaluation trials on the 300 different taxa of native and adaptive species housed on the twin 8,000-SF roofs. The taxa, planted in four, six, and eight inches of soil, are evaluated on their performance. Factors such as wind speed and direction, temperature, light intensity, and moisture content are measured. Scientists determined by the end of the 2014 trial, 86 percent of the 216 varieties of woody and herbaceous plants installed between 2009 and 2011 had survived conditions on the roof.

OvS designed herbaceous plant combinations that offer ornamental traits throughout the seasons, but were also chosen for maximum plant survival and fitness. The trial, performed by CBG’s Plant Evaluation Program and sponsored by the Sally Mead Hands Foundations, is the only one of its type. The results reveal which plants grow best on green roofs and their effect on the habitat of the roof’s residents: birds, butterflies, ants and bees. Data for the study was gathered from regular species inventories, floral color and size assessments, and photo documentation. The roof was infrequently watered and required very little irrigation or maintenance. The trial was not without obstacles and heat, drought, and other plant adversities such as powdery mildew, aphids, and lace bugs took their toll on some plants.

The trial and its findings have broad implications for landscape architects and designers, horticulturist and green industry professionals. 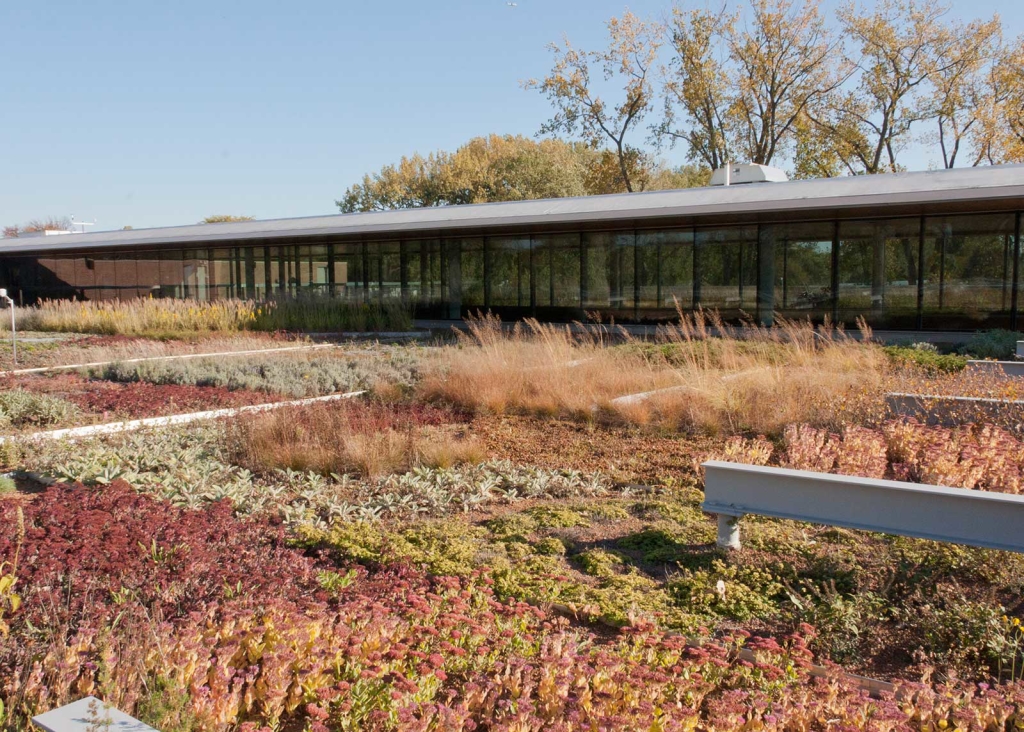