OvS’ design demonstrates the hydrologic cycle of storm events – from rainfall, to collection, to treatment, to re-use. Runnels on the surface of the facility’s paving channel stormwater to bioretention swales, planted areas that are designed to remove pollutants and silt from surface runoff. Water that does not infiltrate the plantings is held in an underground cistern and used for plant irrigation and to flush the building’s toilets. Plantings around the facility and adjacent to the Anacostia River meld with the fluid lines of the building and reinforce the notion of the Anacostia Greenway.

On hand to give remarks were Representative Eleanor Holmes Norton, DC Council Members Mary Cheh (Ward 3) and Charles Allen (Ward 6), and Director of the Department of Energy and Environment Tommy Wells. 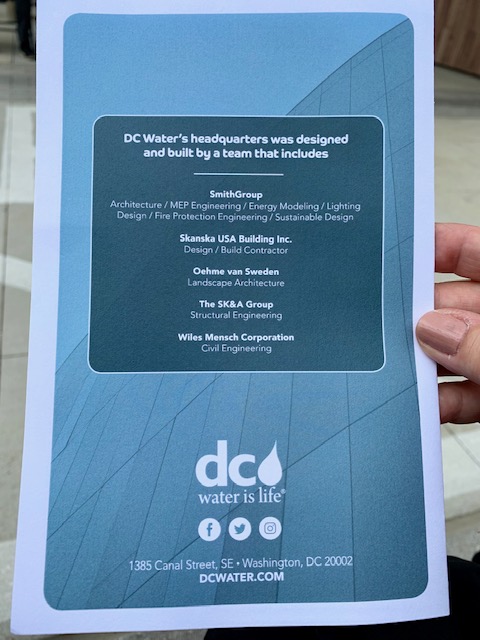 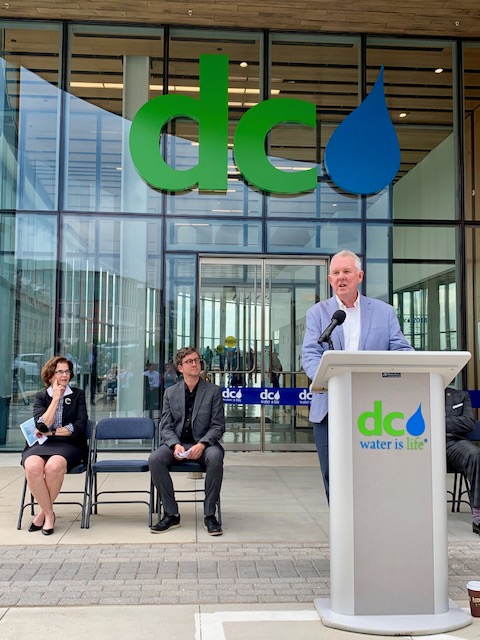 Director of the Department of Energy and Environment Tommy Wells 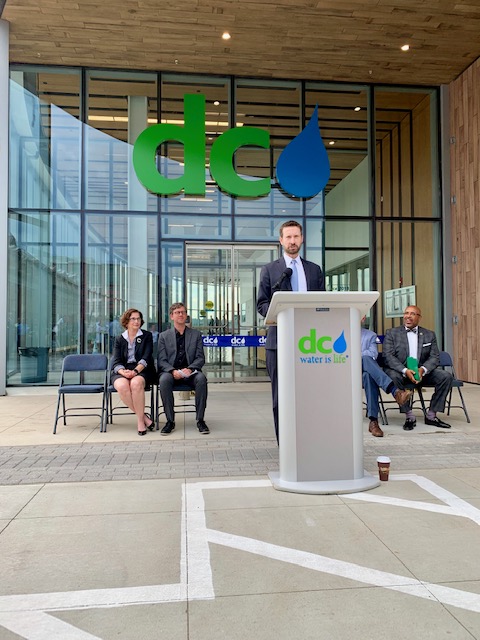 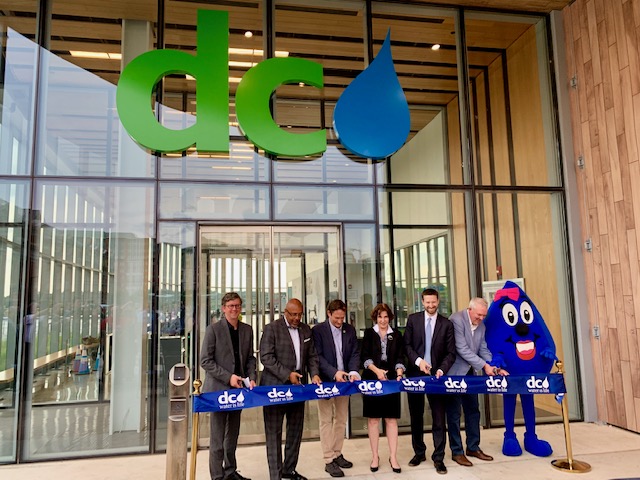 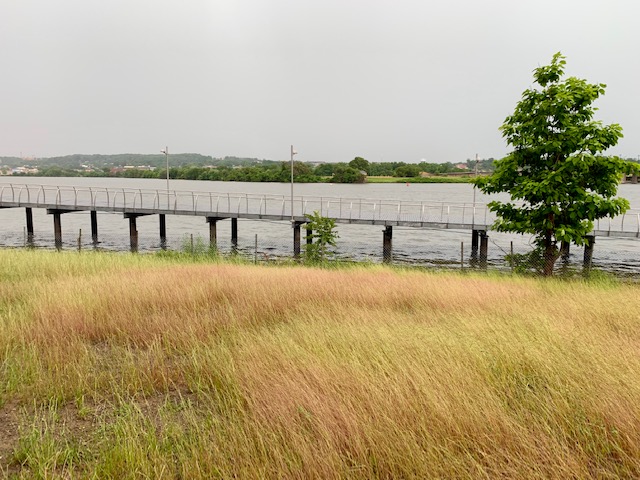 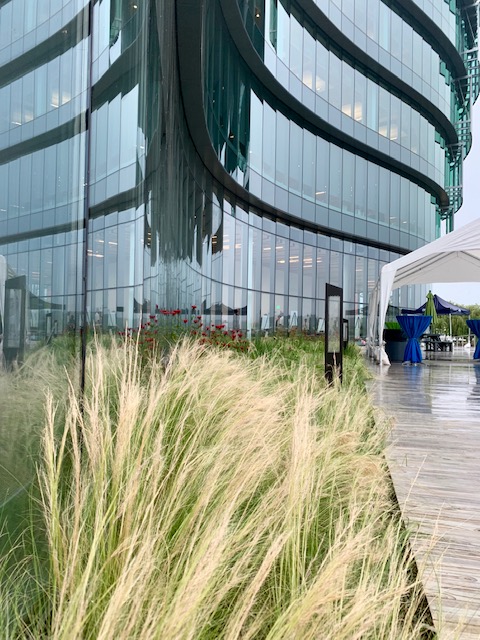 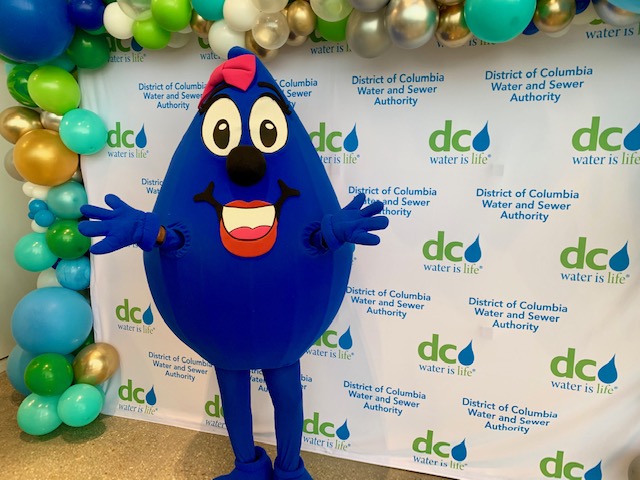