OvS is pleased to announce President Biden’s appointment of OvS Director and CEO Emeritus, Lisa E. Delplace, FASLA, to the U.S. Commission of Fine Arts (CFA). CFA is an “independent federal agency charged with giving expert advice to the President, the Congress and the federal and District of Columbia governments on matters of design and aesthetics, as they affect the federal interest and preserve the dignity of the nation’s capital.”

In addition to designs of memorials and public and private properties, CFA reviews designs for coins and medals and provides support to DC-based arts institutions through the National Capital Arts and Cultural Affairs (NCACA) program.

“We are immensely proud of Lisa for this appointment and accomplishment,” said OvS CEO Eric D. Groft, FASLA. “Her 35 years of design experience in Washington, DC positions her to excel as an advocate for the appearance and cultural aesthetic of District.”

OvS would like to acknowledge the Biden Administration for recognizing the importance of a landscape architectural voice on the Commission, a discipline routinely included in the 112-year-old body, but one that had been noticeably absent recently.

Lisa will serve a four-year term on the Commission of Fine Arts. 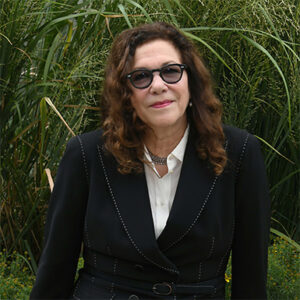